MASVINGO (ZIMBABWE)- The interim leadership of Masvingo Sports Club had reportedly trimmed staff members from 23 to 12 and came up with a payment plan to amortise arrears for Value Added Tax, and National Social Security Authority as the club readies for a debts free institution.

This came a few weeks after Masvingo City Council uplifted the water arrears which have ballooned to approximately $170,000, an amount the club struggled to clear since the dollarization era.

Erroc Edwards, who headed the delegation from the club in a meeting held on 29th November, 2017 explained that, the elected Sports Committee for Masvingo Sports Club stepped down in 2015 after accumulating in excess $170,000 in arrears for Municipal Bills.

Edwards revealed that, a subcommittee consisting of former Presidents of the club on a voluntary basis to save it from total collapse adding that, there was need for City fathers to appreciate that to attain a City Status it was a prerequisite to have a Sports Club and Cathedral and as such there was need to preserve the institution.

The Club reportedly operating as a non-profit-making organization and in the event of failure to viably operate same, it would be handed over back to the Council as the custodian of public property.

The Council Minutes of the meeting held last month say, the main club required some renovations and Council could consider providing its labour for the works  as part of its contribution with kitchen and hall being sublet and membership recruitment drive to increase the revenue base ongoing.

Edwards however, dismissed the request made by the previous Club Committee to sell the Club Manager’s house to raise income stating that, the Interim Committee was not for this idea of selling the house and that it should be retained in anticipation of good times.

Town Clerk Adolf Gusha noted that, there was a standing Council Resolution on the membership of Councillors and Senior Management to the Sports Club but after their presentation, the Interim Committee was excused.

It was proposed and agreed that Council writes off the debt owed by the Sports Club to enable them start on a fresh page.

The debate ensued with the Committee highlighting that there is need for the Club to embark on a membership recruitment drive to increase its revenue base and utilise current sporting facilities.

HARARE (ZIMBABWE)- The Zimbabwe Football Association (ZIFA) is set to organize a celebratory international friendly match to show honour to the historic assumption of office by President Emerson Mnangagwa, the ZIFA chairman for Eastern Region Nobioth Magwizi confirmed the development.

Magwizi said, the match which will be played between the men’s senior soccer team of Zimbabwe and Zambia is scheduled for 23rd December, 2017 at the National Sports Stadium in Harare adding that, Zimbabwe and South Africa’s football legends will provide a pre-match entertainment as a curtain raiser on the same day.

According to a press statement issued by the ZIFA’s national office last week, sport in general and football in particular is a proven catalyst for unity, peace and social cohesion.

“As the custodians of the nation’s most popular sport code, ZIFA duly appreciates the sincere call by His Excellency for every citizen regardless of political orientation, tribe, gender, colour or creed to positively contribute towards the building of our nation.”

“We are confident that the new start that the nation has been granted in the hands of His Excellency Cde Mnangagwa will lead not only to the revival but flourishing success of sport. ZIFA once again takes this opportunity to congratulate Cde Mnangagwa on his elevation to the position of Head of State and government of Zimbabwe,” it added.

On a related story, Masvingo United has been promoted to Division One after beating Torkwe Mukosi 1-0 last week, ending their long stay out of the league.

Last year it was reported that the club was handed a two-year suspension by the regional football governing body for taking football matters to the courts of law but Magwizi who is the current ZIFA Chairman for Eastern Region downplayed the report and said, only an official was penalized. 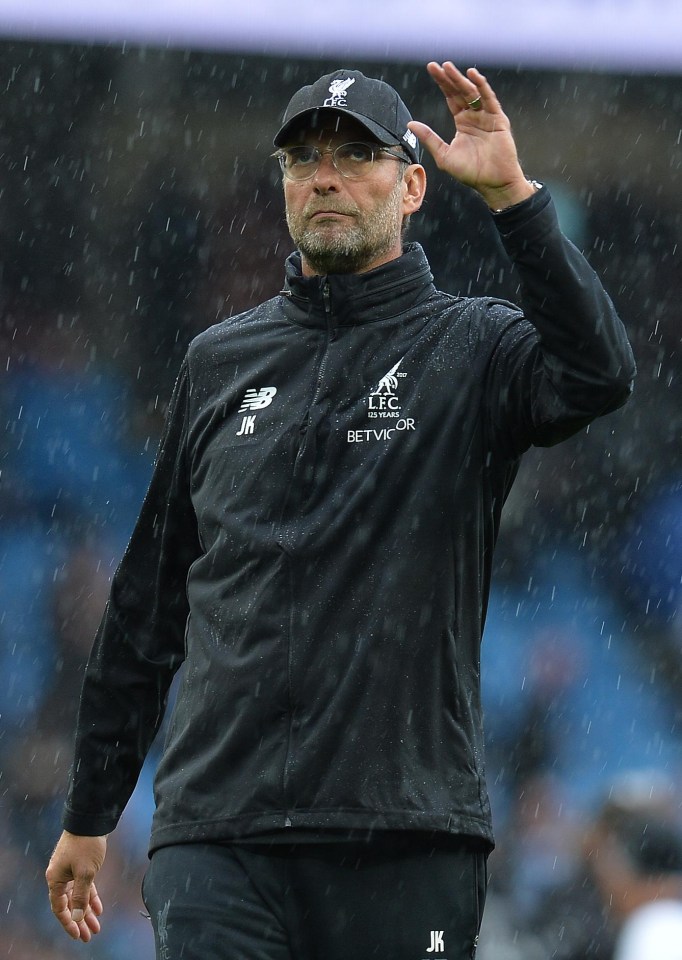 Jurgen Klopp’s men were blitzed 3-1 in Basel 16 months ago but are now arguably in better shape than Spain’s fourth best side.

When is Liverpool vs Sevilla?

The Reds take on the La Liga outfit on Wednesday, September 13.

The game will be played at Anfield.

What TV channel is showing Liverpool vs Sevilla?

The game will be shown live on BT Sport 2.

Coverage will begin at 7pm and the programme will finish at 10.15pm.

Alternatively, you can keep up to date on SunSport’s live blog

What is the latest team news for Liverpool vs Sevilla?

Despite being sent off against Manchester City, Sadio Mane will be available to play in the Champions League.

Meanwhile, Nathaniel Clyne and Adam Lallana are both out of contention due to injury.

But Jurgen Klopp may choose to play Philippe Coutinho against Sevilla.

The former striker was reported to have committed suicide in London by elpais-tv.com.

However, this claim was found fortunately to be incorrect when the 39-year-old confirmed he was in fact still alive.

The publication said: “McCarthy has died aged 39. Best known for his international goals for South Africa, McCarthy was found dead in his car this morning in London by police. The cause of his death is believed to be self-inflicted gunshot wounds.”

Nonetheless, the Cape Town-born star later made light about the report on his Facebook account when he denied the story and said: “Meanwhile on Facebook, I’m a dead man.”

The lethal ex-hitman made 80 appearances for Bafana in his international career and banged in an impressive 32 goals over a 15 year period.

The above was originally published on News24

Forget those who place thousands or even millions of cash on sport betting, a forth year student at Great Zimbabwe University sacrifices his academic future and reiterates his promise to defer only if Chelsea snatch away the Premier League title from their London rivals Tottenham at the end of the season.

Chelsea dropped three points last weekend to Manchester United, a result which closed the gap from seven points lead to just four points making the title race wide open, with both teams having five games to play before the dramatic 2016/17 premier league campaign comes to an end and the forth year first semester student who preferred to remain anonymous, is confident Antonio Conte’s men will lose the league.

“Look at how the gap is narrowing between Chelsea and Tottenham, from 15 points clear, to just 4 points. It’s game on! If Chelsea win the Premier League title I will defer my studies” said the 23 years old Man United – Tottenham turned fan.

It is however not surprising in the betting arena that some soccer fanatics especially the married ones, go as far as placing their spouses. It happened in Uganda in 2011 where a man optimistically put his wife as a bet when Manchester City and Man United headed for a crucial derby which would determine the fate of the title race. The case which controversially ended up in the court of law saw the man almost losing his wife, thanks to the Uganda’s Women’s Rights group that blocked the move.

The sport world is filled with extraordinary obsession especially with the fans to the extent that they do whatever it takes to silence the odds.

The left-back should learn from his Old Trafford team-mate in his bid to start for the Red Devils, Jose Mourinho said.

Manchester United manager Jose Mourinho told Luke Shaw he would have to earn his chance, urging the full-back to learn from Henrikh Mkhitaryan.

England international Shaw was left out of the United squad to face Saint-Etienne in the second leg of their Europa League last-32 tie.

Shaw, 21, has had limited opportunities this season, making just 14 appearances in all competitions.

And Mourinho said the left-back would be given nothing without earning it.

“He stayed behind in Manchester because I’m playing with Daley Blind, with Marcos Rojo, with Matteo Darmian, and all of them are playing the way I like a full-back to play,” he said.

“Luke has to wait for his chance and work better and better, knowing I give nothing for free.

“When I give something to the players, it’s expensive for them – it’s not cheap.

“They have to work hard every day, they have to play well, so he has to wait. And, at this moment, he’s behind the others.”

Mourinho said Shaw could use team-mate Mkhitaryan as an example in his bid to break into the United side.

The former Borussia Dortmund attacker had to wait for his opportunity before taking it and becoming a crucial player at Old Trafford.

“And he has to keep working, like Mkhitaryan did for a long time.”

According to a report in the Daily Mirror, Everton are hoping to scupper Manchester City‘s attempts to sign Arsenal’s Alex Oxlade-Chamberlain by tempting the winger to Goodison Park this summer.

The Mirror reports that the 23-year-old will be out of contract at the end of next season and is planning to consider his options when the curtain comes down on this current campaign.

And it appears that he will not be short on potential opportunities away from the Emirates with the Mirror reporting that the Toffees are set to battle Pep Guardiola’s men for his signature.

However, Ronald Koeman may face an uphill battle trying to land the England international as the Mirror adds that City are in pole position to win the race and complete a deal.

But it would not be a surprise if Everton were ultimately able to surprise City, should the former Southampton man decide that he needs to move on and leave the Emirates.

After several years of struggling to really hold down a spot in Arsene Wenger’s team, Oxlade-Chamberlain may find it much easier to believe that he will enjoy a lot more first-team football at Goodison Park than he would in Manchester given the incredible depth that City have in attacking areas.

Everton appear to be a club moving in the right direction currently, so it would surely make sense for the youngster to consider taking one step back as it may see his career ultimately move to the level that he has only threatened to reach at Arsenal.