President Emmerson Dambudzo Mnangagwa (pictured) has delivered a charming address to the delegates at the 30th session of the African Union summit in Addis Ababa Ethiopia Sunday. 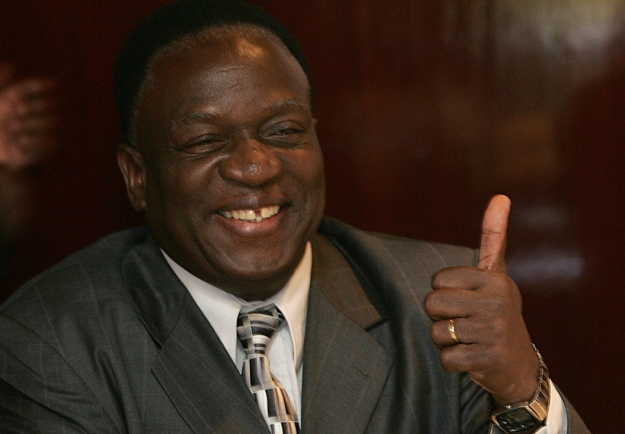 Mnangagwa says Zimbabweans are seeing a glimpse of hope despite the new government has only taken few days in office.

The president also reiterated that the power transfer in Zimbabwe was peaceful and assured the continental body that his predecessor Robert Gabriel Mugabe is safe.

“May I inform this orgast chamber that your brother, former president Robert Mugabe is well, safe, secure and it’s my duty leading the current administration to preserve his legacy as the founding father of our Republic,” he said as a thunderous round of applause follows.

“The transition as you are all aware, was very peaceful and we are happy that as a nation we faced challenges, and as a nation we resolved those challenges and we have received support from my senior colleagues in the SADC and the continent,” he added.

Mnangagwa sought political authentication of his administration within the Southern African region and the World Economic Forum in Davos Switzerland and the AU summit provided just handed him opportunities to market himself on the global and continental political arenas.

The Movement for Democratic Change (MDC-T) leader Morgan Tsvangirai is on the verge of recovery as he is now able to shave and bath according to reports. 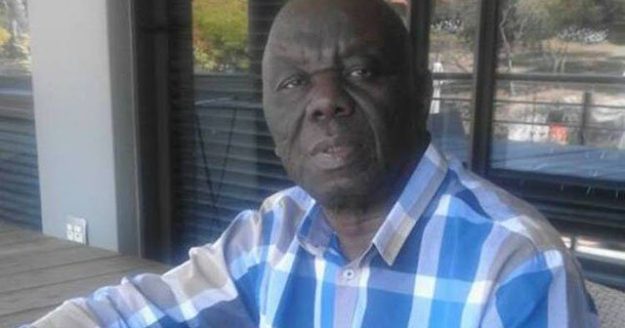 Tsvangirai publicly announced in 2016 that he was diagnosed with cancer of colon and since then his health drastically deteriorated.

There was a national outrage after a picture of the former prime minister portraying him in absolutely bad condition went viral when president Emmerson Mnangagwa paid a visit to the main opposition leader earlier this year.

However, Bulawayo24 reports that the Tsvangirai is now able to shave and bath himself, a sign that his health condition is improving.

Speaking to NewZimbabwe.com, Tsvangirai’s Manashe Tsvangirai who attended the prayer event held for his brother at the MDC-T headquarters in the capital Harare Friday thanked the people of Zimbabwe for the support they are giving to his brother.

“As the Tsvangirai family, we are grateful for the support we are getting from the people of Zimbabwe from all walks of life during this difficult time. We appreciate this positive gesture shown to my brother who is not feeling well.”

“You all know that it is difficult to cope up with an illness in the family but, we are not losing hope because when I visited my brother in South Africa, I noticed a great change as I spent a week in that country.

“From my own observation, there is a great improvement considering that he can make a shave, bath himself, eat well and walk around. You are aware the drugs he is taking are too strong and have side effects that can make him lose strength and at times he can feel nausea, but, doctors have assured us that he will be well,” he added.

The Minister of State for Bulawayo Province Angelina Masuku was earlier Sunday drowned by boos and forced to abandon her address at the funeral service of Rev Reuben Mabhena. 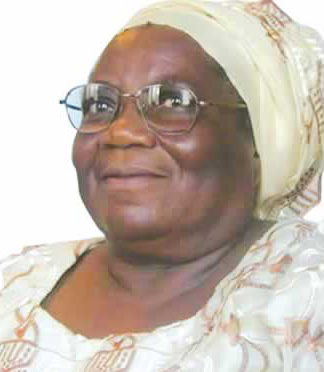 Masuku who was appointed to her current position after the takeover of the government by Emmerson Mnangagwa through a military coup was accused of sanitizing the sensitive issue of gukurahundi.

President Mnangagwa denied issuing apology to the victims of the horrific occurrence during the World Economic Forum session in Davos Switzerland earlier January this year.

The president told a mixture of audience that his government will investigate what really led to the alleged massacre of about 20,000 innocent civilians.

Masuku invoked the painful memory of the mourners and received a rude awakening when she tried to defend the government of the day during her address to audience who are still bitter and demanding compensation over the alleged murder.

Despite offering an equivocal apology, the South Africa-based clothing-retail company Hennes & Mauritz popularly known as H&M have seen their shop in Sandton destroyed and vandalized by a group of protesters from the Economic Freedom Fighters (EFF) over what they deemed a racist advert of a model black boy wearing hoodie with the inscription “coolest monkey in the jungle.” (Watch video below). 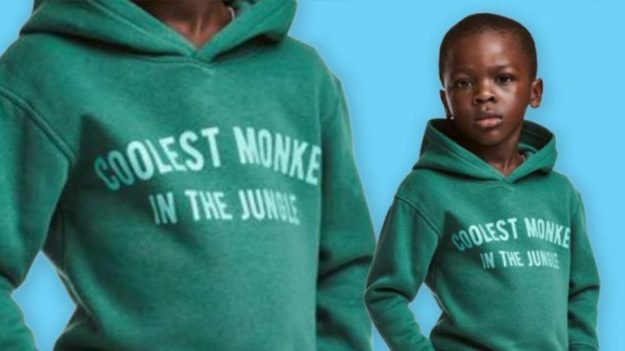 The opposition party which is flooded by young and ideologically vibrant youths took to their official twitter feed and deemed the destruction as “peaceful and orderly” as no property was either stolen or looted.

What is left out in the entire public narrative on #EFFprotest against H&M anti-black racism is that Not Even A Single Item was Stolen or Looted by EFF Ground Forces. How much more peaceful and orderly can a protest be? #Asijiki

H&M, a Swedish multinational clothing-retail company known for its fast-fashion clothing for men, women, teenagers and children did not only witness fierce threats from local celebrities but also lost partnerships with a number of them.

Meanwhile, Terry Mango, the mother of the model black boy labeled H&M critics crying wolf,’ and told them to ‘get over it’, a remark which was merely a pie in the air to the maroon boys.

Watch the video below

The controversial United States President Donald Trump ridiculed immigrants on Sunday despite ongoing international outrage over ‘racist’ remarks he allegedly made against African countries, Haiti and El Salvador over the weekend. 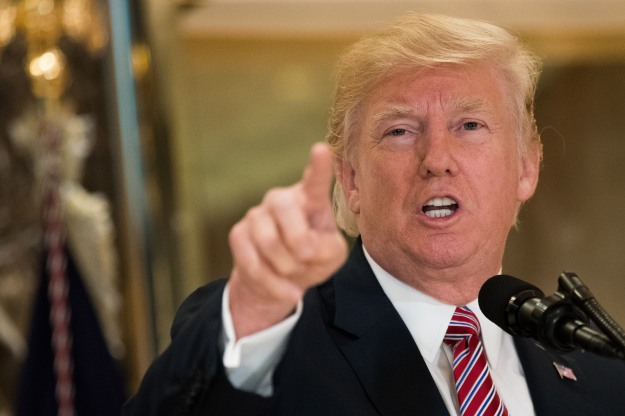 Trump who is seemingly not deterred by the global reaction on him for describing the aforementioned countries as ‘shithole,’ made the nut even tighter in a statement on his twitter feed.

” I, as President, want people coming into our Country who are going to help us become strong and great again, people coming in through a system based on MERIT. No more Lotteries! #AMERICA FIRST”

Trump repeatedly used the “America First” and “Make America Great Again” rhetoric during the campaign trails two years ago but many have criticized and questioned when was America great?

I, as President, want people coming into our Country who are going to help us become strong and great again, people coming in through a system based on MERIT. No more Lotteries! #AMERICA FIRST

Branded as a white supremacist and an impersonator who never ceases to masquerade as a human being on daily basis, Trump has demonstrated unwavering hatred towards people of African decent and the Arab world even before taking over the top job at the White House.

Trump who is arguably the toughest president as far as domestic policies are concerned, dismissed the report of labeling nations of immigrants “shithole.”

In a statement to Reuters earlier this week, London’s Mayor Sadiq Khan said Trump will not be granted entrance in the United King if he travels of divisive agendas.

Zimbabwe’s President Emmerson Dambudzo Mnangagwa has on Sunday said, the citizens should desist from violent conduct but rather embrace peace and harmony regardless of political differences as the country draws closer to this year’s general elections.

When we go to the elections you should not fight.When people support their parties it’s their choice.We should work for the people and not be selfish.There should be justice and national reconciliation because we cannot progress when communities are in conflict.God bless Zimbabwe

Mnangagwa paid a surprise visit to his fierce party rival and MDC-T leader Morgan Tsvangirai earlier this year, a move which sparked mixed emotion from the citizens with some saying, the meeting was to negotiate for the upcoming presidential elections to be postponed and held after three years.

Contrary to the above assumption, Mr. President hopefully took to his official twitter account which he opened less than a week ago and said, “When we go to the elections, you should not fight.”

Mnangagwa unlike his predecessor says, he encourages diversity in political opinions and it is a choice for one to support another party.

“When people support their parties, it’s their choice. We should work for the people and not be selfish. There should be justice and national reconciliation because we cannot progress when communities are in conflict,” he tweeted.

There has been a glimpse of economic recovery ever since Mnangagwa took over in November last year after the forceful resignation of Robert Mugabe who ruled the country of 37 years.

Like Loading...
HARARE (ZIMBABWE) – United States President Donald Trump’s administration has reportedly said that it is committed to work with President Emmerson Mnangagwa’s government, adding however, that Zimbabwe should “stop relying on the US dollar and instead introduce its own currency”. 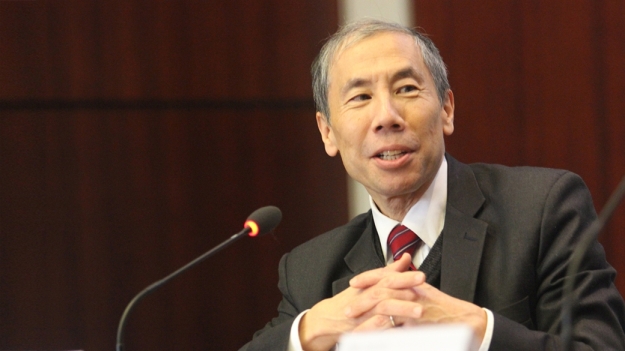 According to The Independent, the US Acting Assistant Secretary for African Affairs Don Yamamoto said: “Today it (Zimbabwe) imports food; its financial institutions are not in great shape. They have to go into the US dollar. That’s good and bad; I mean, it stabilises, but it’s bad because Zimbabwe should have control of its own finances. It shouldn’t be dependent on United States or outside. And those are some of the reforms that we recognise need to be done immediately in short-term and also long-term.”

Yamamoto said this last week in Washington DC during a press briefing on the US strategic priorities.

He said that the US was ready to work with Zimbabwe on economic and political reforms so as to help put the country in the right direction.

This came as president Mnangagwa remained under US sanctions for his activities as Robert Mugabe’s deputy and enforcer.

Mnangagwa, who was sworn in on November 24, was sanctioned in response to what the US called acts “to undermine Zimbabwe’s democratic processes or institutions” and “acts of violence and other human rights abuses against political opponents”.

Mnangagwa was accused of leading a violent crackdown on opponents in the 2008 presidential election.

He has, however, vowed a “new, unfolding democracy” in Zimbabwe after Mugabe’s resignation under military and ruling party pressure.