At least eight legislators from ruling party, opposition and independents Wednesday vowed to block any attempts by their colleagues to have the 75-year presidential age limit cap lifted. 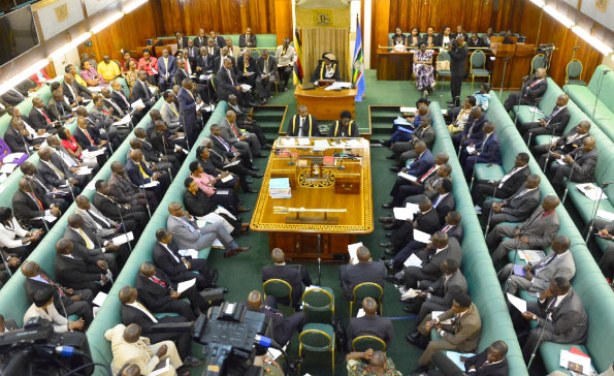 This comes after over 245 National Resistance Movement (NRM) MPs and NRM-leaning independents on Tuesday agreed to table a private members bill seeking to amend Article 102(b), which provides that for a person vying for the seat of president, ought to be between 35 and 75 years.

According to the legislators, they are in the process of ensuring that the debate on the age limit lifting is blocked in addition to making sure speaker of parliament does not preside over the matter.

“This thing called age limit will not be lifted. We are disturbed the blackmail is put on all NRM MPs including myself. I would go home, get a hoe to cultivate for basic survival than take a single coin to betray Ugandans, I took oath,” Tinkasimiire said.

The group argued that it was shameful that all Ugandan MPs have to walk the walk of shame because of the actions of some of their colleagues; after they took oath to uphold Constitution.

“I am so surprised that leaders and MPs that I respect have decided to betray Ugandans to amend the Constitution that we all respect and we have sworn to defend it and protect it,” Okot Ogong said.

Niwagaba, also shadow attorney general urged Ugandans to resist the removal of the presidential age limits as it has been with the amendment of Article 26 concerning acquisition of land so that the two constitutional amendments can be thrown out.

“Either we stop calling it the Constitution of the republic of Uganda and call it the Constitution of NRM and Museveni, fold our hands and let the country go to the dogs as it surely will unless citizens resist this or all of us take the mantle and challenge to stop this business of people raping our constitution,” Niwagaba said.

Nambeshe noted that it was it was disturbing to see that when articles affect individuals in the Constitution they are amended, adding that this was time to test the constitution.

“Why would an Article like 102(b) of removal of presidential age limit never been tested and tried be allowed to happen? Whenever an article will affect an individual in Uganda here so must it be removed?” Nambeshe said.

“Who are they trying to hoodwink when they set the nomination fees for the president at Shs 50m? Which young person graduating from university, who does not even have the entandikwa (startup capital) going to get Shs 50m to raise as nomination fees to stand as president,” Tinkasimire said.

Nambooze called on all Ugandans to rally join in the fight against the removal of age limits adding that all political parties and leadership need to come up. Kampala Central MP, Muhammad Nsereko called for the isolation and detesting of all members of parliament lobbying for the lifting of the presidential age limit, and also President Museveni who is always ducking on the matter.

Nsereko said it is time to talk about privileges a retiring leader of the nation should have.

“We should be talking about what privileges will he [Museveni] get. How many medical check- ups will he go for, will he be entitled to use the presidential airforce plane or not, will he be writing novels and calling grand children to read for them some stories?”